Top to bottom: 1- The front end; 2 - the business end; 3 - Tuning on the dyno with engine builder Mark Landis looking on. Below, Emil installs the revised jets on the little RS beast, and on bottom, Kevin shows us the jets he uses.

With some engines that we use in sprint races, you can run a little bit leaner to get more power out of them. But an engine like this, it runs at tracks like Daytona where you have long periods of extended running at very high speeds, both vehicle speed and engine speed, so you can't afford to run this engine lean. Also, being air-cooled, you have to run it much richer than what I've seen you guys do with your Corvettes (referring to the race cars that Dan Maslic tunes - Ed). We typically run these air cooled motors around 11.5:1 AFR at WOT. This helps keep the temperature under control. You can get more power by running a bit leaner, but there's no point in that if the motor can't finish the race. By running these air-cooled engines at 11.5:1, we​ 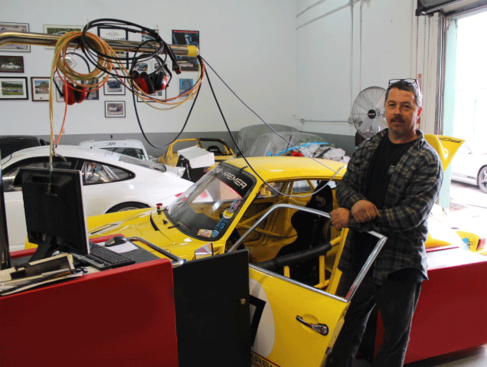 Meet Kevin Wheeler. Kevin is the main man and racer behind KMW Motorsports. As you can probably tell from the photo, KMW Motorsports is a Porsche race shop: a very successful one with victories galore in the HSR series. I'm sure if he melted down his trophies, he'd have enough metal to cast a yacht. As such, we figured he'd have a worthy opinion or two about fueling requirements and tuning engines for both power and reliability. And he does, and he's in a sharing mood, so let's get to it.

When we found Kevin this good morning, he had a Carrera RS with a 2.7L engine on the dyno. Rare bird and worth a few nickels for those who know. Of course it's been modified for racing some time ago and is now equipped with a set of carbs, but the tuning process and philosophy is still the same whether your engine is carb or EFI. So we asked point blank:

MET- "What AFR do you run on these engines, Kevin?"

KMW- "It depends on what we're doing with the racecar. 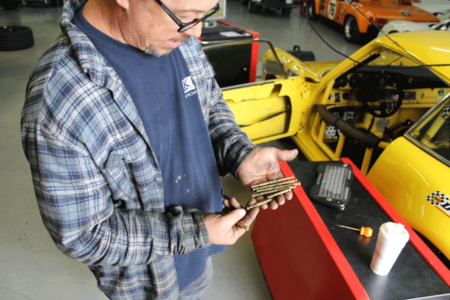 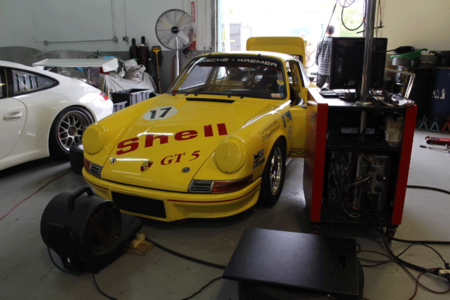 weekend. So to summarize and throw in a few good rules of thumb:

* Remember to provide extra fuel enrichment at WOT if necessary to fuel-cool the engine under stressful, high-load conditions.

* Command a fuel mixture that is rich enough to ensure long-term reliability and engine durability for engines running in heavier vehicles.

* Generally speaking, 11.5:1 - 11.8:1 is a good AFR range for engines that are heavily stressed, such as air-cooled engines and forced induction engines, both turbocharged and supercharged.

* Nitrous-equipped engines may run slightly leaner than forced induction engines, but caution should be exercised to avoid engine damage. WHEN IN DOUBT, ADD FUEL AND KEEP THE ENGINE SAFE!

* Always begin with the fuel manufacturer's stated stoichiometric air/fuel ratio for their gasoline as your base target AFR and then set your power-enrichment WOT commanded AFR from there. For example, if stoichiometric is 14.7:1, run no leaner than 11% rich for lightly-loaded, normally-aspirated water-cooled engines (~13.1:1 AFR, or Lambda = 0.89) for best power. For forced induction and air-cooled engines, go 22% rich (~11.47:1 AFR, or Lambda = 0.78). For a stoich of 15:1, the numbers would be 13.35:1 (Lambda 0.89) and 11.7 (Lambda 0.78). These are general rules-of-thumb. Consult your fuel provider for the AFR values they suggest for your engine build.

* In our testing (courtesy of Dan Maslic and many racing customers, past and present), we've found that in general, a normally-aspirated water-cooled race engine that runs on 93-octane pump gas cannot be expected to last longer than 30 hours at WOT when run at 13.2:1 AFR. However, at 12.8:1 AFR, the same engine can last hundreds of hours at WOT with only a minor loss in peak hp. Needless to say, there are a lot of variables involved, but do with this information what you will.

* Run a richer mixture at peak torque (or wherever peak cylinder pressure occurs) to help prevent detonation and knock.

* Use common sense and remember that mistakes may cost you an engine, or worse, physical harm! Again, when in doubt, run richer AFR when tuning and dial it back as possible, but never more than necessary to achieve your racing goals.

And now, something we know you'll love: A special treat from the guys at KMW Motorsports. A 911 making music on the dyno. Special thanks and shout out to the crew at KMW Motorsports for their insights and tuning tips. And now, sit back, crank up the volume and enjoy! 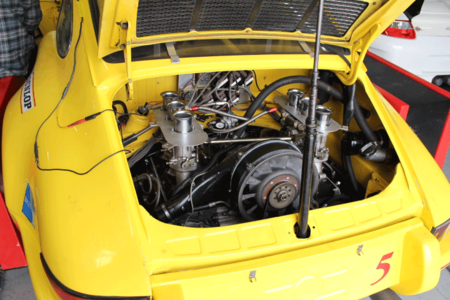 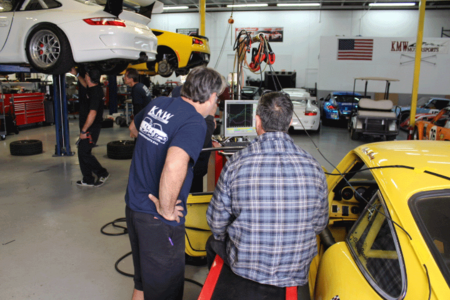 can get great power out of the engine without punishing it when running at tracks like Daytona or Watkins Glen."

MET- "What about the water-cooled engines like in the GT3 Cup cars?"

KMW- "Those are water-cooled engines with EFI. You can run those in the high 12's and low 13's depending on the type of race fuel you're using."

MET- "So you definitely see a difference with race fuel type?"

KMW- "Oh, yeah, absolutely! If you have a weekend hobby racer or just a track-day car, you can run 93-octane pump gas and tune the fuel for the high 12's. Cars like that we run at 12.8, maybe 12.9:1 so they last a long time between rebuilds. The serious guys, those engines run race fuel and you go by what the fuel manufacturer recommends for stoichiometric and WOT AFR if they provide that info. If not, we find out through R&D. We usually run the Cup cars in the low 13's and get great power and reliability. We run a tad richer at peak torque, probably just like you guys in the Vettes."

KMW- (laughing hysterically) "No way, man! They're great cars and they make awesome power, but I love Porsches. I mean, these things are such fantastic race cars. They're powerful, incredibly fast and just a bunch of fun. And they last forever if you maintain them right. And that's not too hard."

KMW- "What's good that isn't? The great thing about these cars is that they're made with racing in mind. That's why they drive so great. Forget that stuff you hear about these cars 'are hard to drive because the engine's in the back'. The fact of the matter is that if you learn how to drive a 911, there are very few cars that can give you the rush and satisfaction that a Porsche can. They're just incredible! Magic, really. Awesome cars!"

After our all-too-brief conversation, we let Kevin and his guys get to work. He made a couple of quick pulls on the dyno and Emil, one of KMW's expert techs, carefully adjusted the specialized metering jets on the carbs. Having run at 12.6:1 AFR during the first WOT run, the jets were up-sized to try and get the air-cooled engine down into the 11's. Horsepower for the little 2.7L engine is quite impressive with over 280 hp at the wheels and 8,000 rpm to play with.

KMW- "Well, because it's a carb, we have to sacrifice a bit. You can't tune a carb with the same accuracy as EFI over as many conditions as you really only have a few fuel circuits to play with and adjust. So what we'll have to do now is run it a bit richer than we'd like at peak torque and sacrifice some of that power to make sure we have a nice, safe air/fuel ratio up top in the rev-range. We have to get it into the mid-11's up top to get the power we want with the reliability we need."

KMW- "Aw, heck, no! When you get a car like this onto the back straight at Daytona, the last thing you want to do is drag it around the track flat-footed running lean. I mean, 12:1 isn't bad, but why gamble? I'd rather have this thing set right up top where it's making peak power so that we can get out of Turn 6 and just stand on it! If we run it right where we want it, no problem. This engine will do that all day long."

So there you have it. As little as a half-point of AFR can make a huge difference. And remember, these engines are built to take the stress and punishment of motorsports! If you're running a stock-type engine, yours may be more sensitive yet. Just something to keep in mind when you're tuning for your race

setting the best afr for your engine and operating conditions 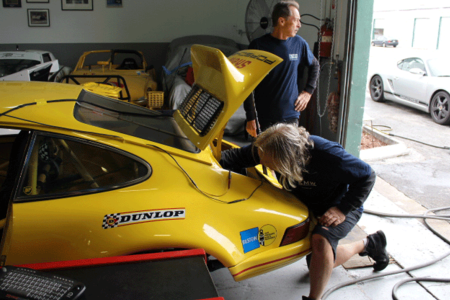