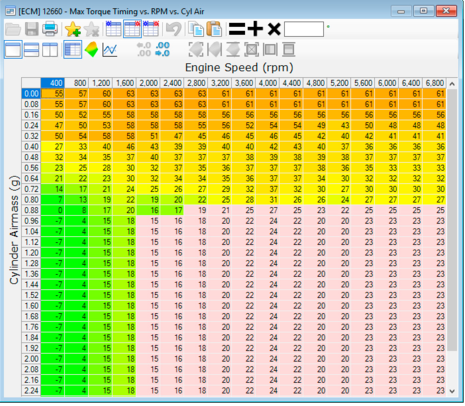 The last thing to take care of is to populate the Max Torque Timing table with the appropriate values as determined by what you found during your dyno testing. You'll notice that our values below are higher than what you find in our spark map. This is due to the fact that we had more power output with the values in the table below, but we also experienced some very minor detonation (less than 3 degrees knock retard was pulled during testing). As such, we modified the High Octane spark map to obtain the best spark strategy without experiencing any detonation, but populate the Max Torque Timing table with the values that produce the greatest power output. When all was said and done, the cold-air intake and new calibration combined for a gain of 27 hp, 16 hp from the CAI and 11 hp from the new ECU calibration. MET 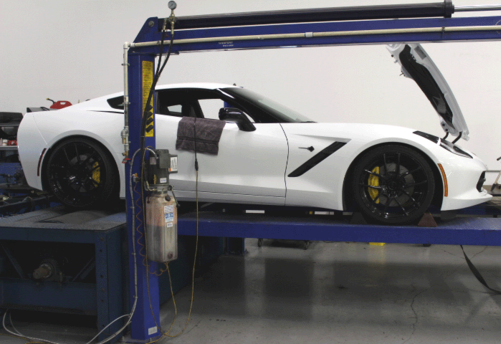 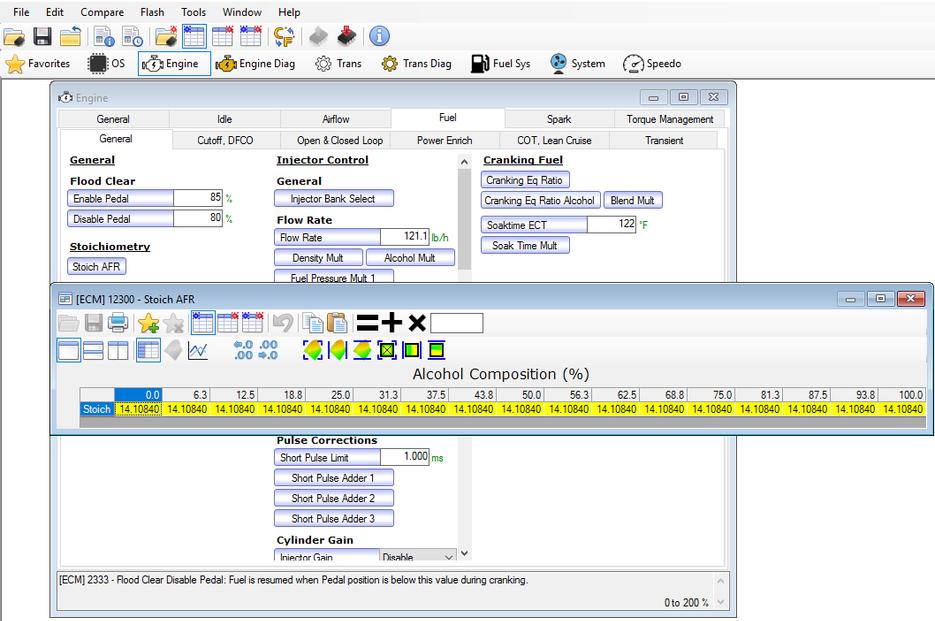 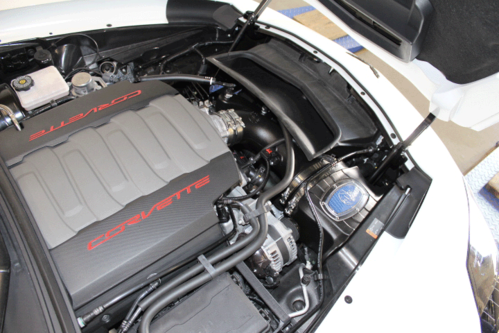 The C7 Corvette has been around for a few years now and they're becoming affordable both new and in the second-hand market for those folks who couldn't be bothered to pay the dealer-gouging fees, oh, ahem, we meant "market-driven mark-up" that the C7's commanded when new in 2014. As such, you can now get a 460 hp C7 Corvette with 465 lbs-ft of torque for cheap enough money that you won't feel guilty popping a little bit of cabbage up for a cold-air induction system and a dyno tune. These modifications can be legal if done correctly; meaning that the CAI system you buy has an E.O. number and the dyno tuning only affects engine operation at WOT.

The car on these pages was purchased by a fun-loving enthusiast who is having it shipped to his home-away-from-home somewhere in the Middle East. Regardless, the idea was to keep this car relatively stock and clean. This particular car is a 2015 Corvette Stingray with the 3LT and Z51 package and the 8-speed automatic transmission. The only modification made was to install a legal aftermarket cold-air induction system that has an exemption order number (E.O.#) and a dyno tune to arrive at a calibration that will get the most from the fuel the car will use while here States-side as well as its eventual new home across the pond.

As for the new ECU calibration, the plan was pretty simple: Lean out the fuel mixture at WOT if necessary to extract a tad more power while ensuring safe running in what will eventually be high desert heat and make a few small adjustments to the spark timing map to get the most from the 93-octane fuel that will be used. The goal overall was just to get an extra 20 or so horsepower out of the car with the new air induction system and ECU calibration to add a little pep to the C7's step. Simple and straight-forward. Here's how it's done...

​The first step after downloading and saving the OEM calibration is to take a quick peek at the stoichiometric fuel value. Due to the use of up to E10 fuel here in the USA, you can see in the screen-shot below that the value is approximately 14.1:1.

​This will stay as-is for now. When the owner takes the Corvette overseas, he'll use his own HP Tuners MPVI to install a new calibration that will modify these values to 14.65 for the fuel that will be used in the future that does not contain any ethanol.

With this in mind, the wide-open-throttle power enrichment (WOT-PE) was dialed in on the dyno and the calibration modified to suit the setup for the best compromise between power output and engine durability. Below you can see the OE stock values in the calibration as well as the changes that were made (highlighted in the next slide in blue, indicating slightly lower (and thus leaner) numbers.

With the fuel where the owner wanted it, the next step was to make a slight adjustment to the spark map. Here we first made the following changes after just a couple of pulls on the dyno. As always, first you adjust up for more power where you can get it, then adjust back down a tad if you lose or don't gain any power, and of course keep to values that are low enough that you don't get any knock or detonation while running the car at high speed under high loads. Again, as this car would see extreme heat in the desert, some safety buffer was left in the spark map so that the engine had plenty of room to operate at full throttle without encountering any knock whatsoever. The differences in the spark map before and after are shown below.