Next we get ready to perform a load test on the dyno to see how far off the fuel is with this change made. Ideally everything should work perfectly fine during the test and the wideband O2 sensor used in testing should agree with the vehicle's on-board O2 sensors as far as fuel trim is concerned. In our case, it was just so, and that meant that there were no other mechanical or electrical issues that needed to be dealt with. If you adjust the Stoich AFR value in your calibration and find that the engine doesn't follow the commanded fueling that you expect, you need to determine why that is as far as any mechanical or electrical issues (poor fuel flow, low or high fuel rail pressure, clogged fuel filter, low battery voltage, etc, etc).

If you don't blow your engine up while racing, that's great, but it doesn't mean it'll go forever. Good engines don't last, they time out. A great engine makes great power right up until it times out. When its expected service life expires, power usually drops off in a progressive manner and you start to lose races. The answer is a new engine, and if the rules allow, most racers upgrade. In the case of the yellow rocket you see here, the 6.2L LS3 was rebuilt, bored and stroked for a new displacement of 7.0L and it also had a healthy bump in compression ratio. As this was originally the plan, the engine builder built the engine with the understanding that the owner would use a new specification of race fuel. No more pump gas or occasional use of 98-octane fuel; now this new bad-boy would require 105-110 octane.

The Stoichiometric AFR parameter must be leaned out in the existing ECU calibration as it's set up for pump gas and we must also modify the ignition timing maps to be able to take better advantage of the faster burn time of this particular race fuel and prevent detonation. If you're not sure how we get this idea from the Specific Gravity or other specifics on the spec sheet, you can get a better understanding of tuning for different fuels by reading the article at this link here. Most pump gas ranges in specific gravity from 0.720-0.770, but the most common specific gravity seen most often here in the south-east is approximately 0.760. While the race fuel doesn't require massive changes to the calibration, for optimum performance, it's like the old adage goes "the devil is in the details", so a few minor adjustments allow us to coax optimum power and efficiency out of the engine for the given fuel used.

The first thing we do is get the Stoichiometric Ratio change out of the way. In the original calibration, the value was 14.67 and it was then changed by Dan to 14.16 to help the ECU deal with the ethanol content that is used in most pump gas these days. Now we require the stoichiometric air/fuel ratio to be adjusted up to 14.91 just as the fuel spec sheet indicates. To do this, you can find the Stoich AFR setting in your HP Tuners VCM Editor software by clicking on the Engine button in the main menu bar, then selecting Fuel and General. In the upper left corner of this section you will see the button labelled Stoich AFR. Clicking it on an E67 ECU opens up the table as shown below. It may be populated to work with various ethanol blends or it may just have one value pasted in all of the cells. In this case, for this specific fuel, we'll be doing just that by entering 14.91 in all of the cells. This will now have the ECU calculating for the leaner AFR required by this particular race fuel.

muat ​be addressed as the fuel previously used is quite different from the new fuel that must be used with the new engine. You could speculate what would happen if these changes aren't made, but we could tell you what really did happen as the owner did in fact run the car once in practice with a calibration that was not created for the new fuel. Before you shake your head, understand that the owner paid to have the engine tuned for the new fuel, he just didn't get what he paid for.

When he took the car out to the track for the first time with the new engine, the driver reported a massive lack of performance in the mid-range coming out of turns. The car ran well up top, it just fell over in the mid-range exiting turns. The driver thought it might have been starving for fuel, but he wasn't quite sure. Knowing that resolving the issue requires data, what better first step than to install a data logging device designed specifically to address these kinds of issues? If you take a peek  to the right, you'll see two HP Tuners MPVI interfaces in the car. One belongs to the owner/driver of the car and is permanently mounted in the race car while the other belongs to our publisher, Dan, who also happened to have tuned this very same race car when the engine was first installed. The owner of the car bought and installed the HP Tuners MPVI so that he could monitor and log the engine parameters during each and every running session. This way, he'd know exactly what the engine was doing and how everything was operating. Totally worth the money, and money well spent (especially after having another self-proclaimed "tuner" fiddle with the calibration and have no relevant changes made).

Performance Tech Motorsports, the multi-time IMSA-winning champions, once again support this driver and race car and they called on Dan to see what the score was. After seeing that no relevant changes were made to his original ECU calibration, Dan set about creating a new calibration for the new fuel that was to be used.

​The first thing that needs to happen when you change race fuels is to determine the exact properties and characteristics of the fuel you plan on using. The engine builder provided a specification that could be met by several different race fuels and the owner decided on the 110-octane leaded fuel for various reasons. Knowing the brand and type of fuel, Dan looked up the fuel spec sheet. Naturally you would do the same for the fuel you decide to use. Your race fuel vendor should easily be able to provide you with this information, but if not, you can simply grab them right off the fuel manufacturer's website. Almost all fuel manufacturer's offer this information on their website for easy download. If they don't offer it readily online, you may want to consider using another fuel so that you deal with a known entity and can tune accordingly. No point in running the engine on guesses and hope; that's a recipe for disaster! So, with spec-sheet in hand, you can find two important pieces of information such as those circled in the illustration to the right. You can see that Specific Gravity is between 0.720-0.735 and further down the page, the Stoichiometric Ratio is 14.91.

When a fuel change is made, one thing that's usually on top of the "considerations" list is budget. At approximately $14/gallon, unleaded 105-octane fuel will do for the engine, but maybe not the wallet. In its stead, a leaded 110-octane fuel was chosen as it can be had for around $10/gallon. The difference in fuel costs will more than offset the additional cost of maintaining and replacing the O2 sensors that this race car still utilizes. Previously the O2s would last several race weekends with unleaded fuel without a problem whereas now, using leaded fuel, the owner must be prepared to replace the O2 sensors at least every other race weekend, and if used heavily, each weekend. Still, the $4/gallon difference leaves a few hundred bucks in the account despite the increased O2 replacement intervals, so the leaded fuel is justified on a cost basis. But the ECU calibration 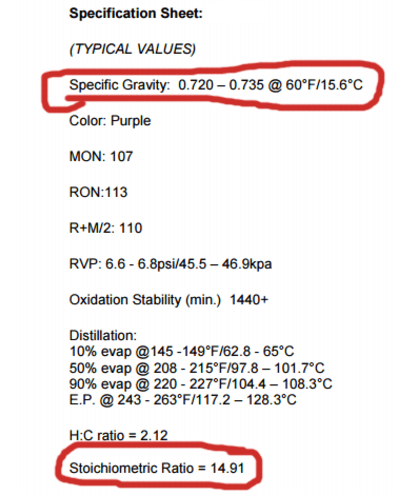 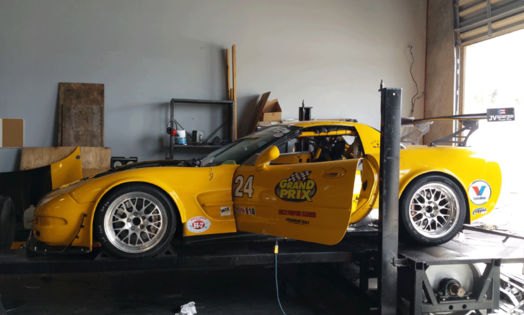 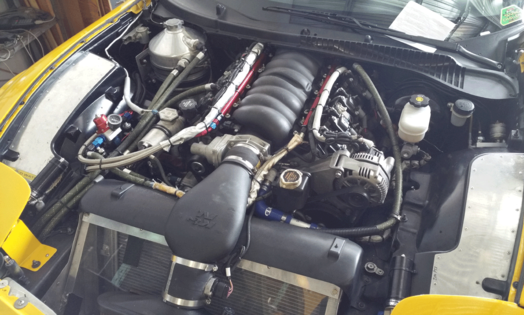 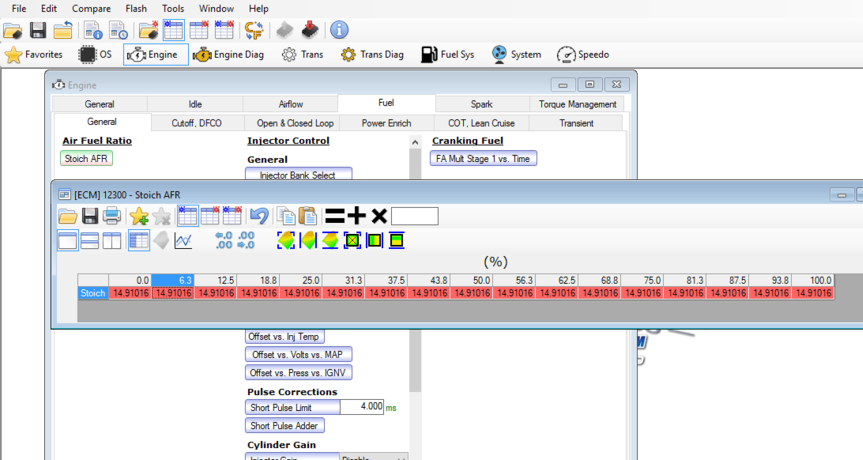 tuning for a different race fuel isn't optional - if you want to win! 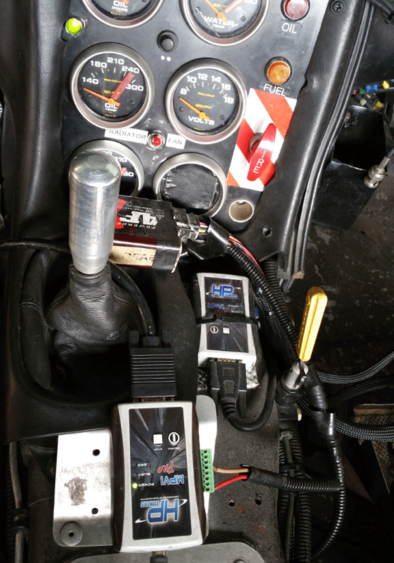