​When you open up the software, choose "System Parameters" (the 3rd icon in the menu bar, the cute ECU graphic beside the "Sensors" graphic) and then select "Ignition Parameters". At the top you can see "Crank Sensor". Notice the drop-down menus for "Type" and "Sensor Type"? How handy is that?! Under Type you can see that "1 pulse/fire" is selected. This means there's 1 signal pulse for each 90 degrees of crankshaft rotation for our V8. The drop-down menu offers many types of options for your convenience. Over toward the right side, under Sensor Types, you can see that MAGNETIC is selected. In the drop-down you can choose "Digital Rising" or "Digital Falling" if you have a Hall-effect or Optical sensor (both digital types of sensors) and whether they're active-high or active-low sensors. Once you've selected the correct type, you must then program the ECU with the correct index value. You can see that labelled as "Ignition Reference Angle" above, just below "Sensor Type". Notice that it's set to 60.0 degrees. This is because the crank sensor on this 427 is positioned 60 degrees before TDC. We don't have a CMP sensor, so "Not Used" is selected in the Cam Sensor section, and then for OUTPUT SETUP, you can see that Points Output is selected as this car is equipped with an MSD Programmable 7 Ignition Amplifier and a conventional distributor (more on this later). If you're using a conventional ignition module (or an "ignitor" as it's known in the sport-compact world) and want your ECU to control the ignition timing, you would select "EST Output" and connect the appropriate wire to your ignition module signal input. It's as simple as that. Now that we've recognized and corrected the #1 most common mistake of our Top 5, let's move on to #2.

Below you can see a photo of the Fastback's distributor. Notice something funky? It still has the mechanical advance installed! This is a common mistake. For those of you well-versed in the ways of MSD distributor tuning, you know that the silver springs result in 25 degrees of mechanical advance. Think about this for a moment... 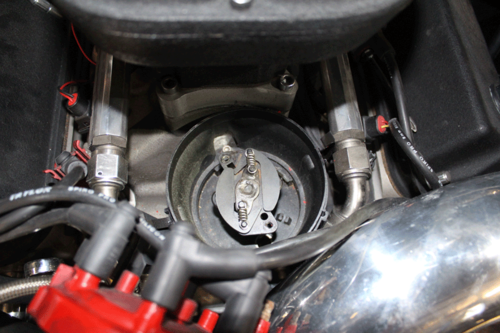 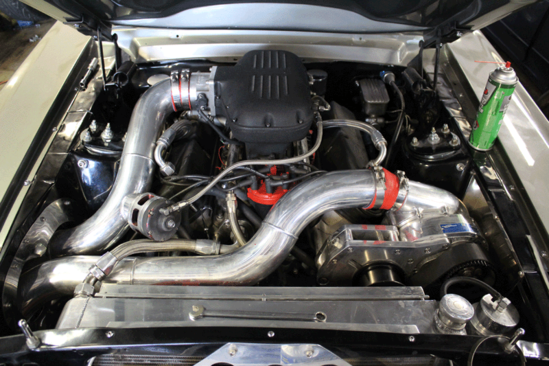 ​the ECU needs is an index point. In other words, where does TDC occur? That's what we mean by indexing the CKP sensor. You must install the sensor correctly and within the appropriate tolerance (using a feeler-gauge or similar measuring device...yes, we've even used a paper-clip when in a pinch) and then you must indicate in the EFI system software where the index point is. In the illustration above, the sensor is positioned straight-up, at what would look like 0 or 360 degrees. This would be true for an inline-4 engine that sat straight up as opposed to canted to one side. Remember that the ECU must understand TDC for the #1 cylinder. That being the case, in the illustration above, if the engine were a small-block Chevy (90 degree V8), that sensor would be 45 degrees advanced in front of TDC (because the cylinders are splayed 90 degrees apart, and 45 degrees from vertical). Makes sense, right? Now that you know what CKP indexing is, take a look below at how it's done on the Holley Dominator EFI system.

Power, performance, refinement, efficiency and reliability. Those are the reasons most of us install EFI systems on our hot-rods. Carbs are fine for the nostalgic factor, but nothing beats a nice EFI system for getting the most out of your engine and for fun-factor. But what happens when you just can't get it right? Frustration? Well, don't reach for the hammer just yet. We've seen it all and we can tell you that if you're having trouble getting your new EFI system set up and running, chances are you've made one of these 5 mistakes. The good news is they're all easily solved. The bad news is you may have had to put up with some shine from your carb-loving friends. Have no fear. We'll show you the Top 5 mistakes we see made with EFI installations and show you the fix. 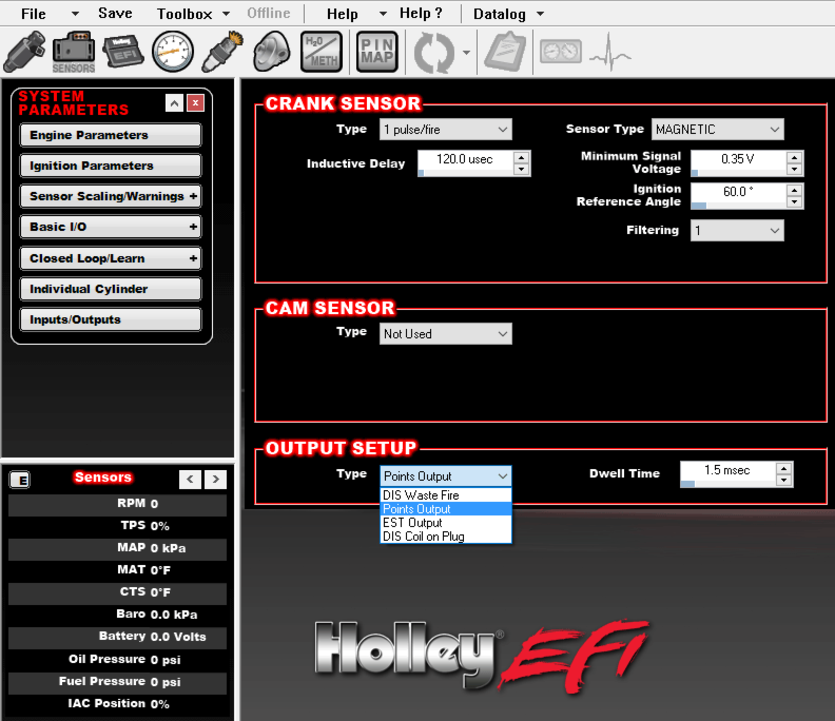 ​What does the ignition timing map have in it? Is it setting in yet? Before we go over this potential bomb, let's take a look at this distributor again. Notice that the mechanical advance is there, but the vacuum advance is locked out. This is NOT a locked distributor! Often times you'll see a distributor is labelled "Locked" and only the vacuum advance portion is locked out. A truly locked-out distributor that can be used with an EFI system with computer-controlled ignition timing has no means whatsoever of controlling or adjusting timing advance. It must be locked solid so that the rotor and the distributor shaft have no play at all and rotate together in a fixed manner. Coming back to our question above of what the timing map has in it, the answer is an ignition advance value! Take a look at the table on the next page...

wheel). These are usually 58 tooth (sometimes called 60 minus 2 wheels or "encoders", or 60-2), or 34 (36-2), 24 and 18-tooth patterns. Basically anything that can be divided evenly into 360 to make the math easier for the ECU. In the case of the traditional distributor or the 4X flying magnet, it's 4 pulses per crankshaft revolution, or 1 pulse every 90 crank degrees. A 58-tooth wheel (the 60-2 encoder) will provide a pulse every 6 degrees (360 divided by 60 = 6) which is of course 15 times greater accuracy than the 4X flying magnet provides. The 2 missing teeth in the 58-tooth encoder are the indexing pulses. The same theory holds for all of the encoder wheels. This is why they're called encoders; the profile, including the missing teeth, allow the ECU to determine when the 360 degree TDC divisions occur with incredible accuracy. Now, whether the CKP sensor is encoded or not, what 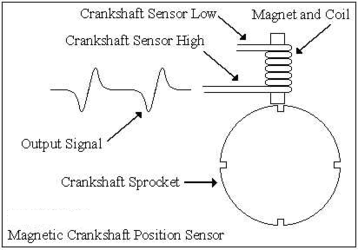 ​The engine bay you see above is from an absolutely gorgeous '68 Mustang Fastback with a built 427. And yes, that's a sweet Procharger F1 hung off the front of the engine. This setup is powered by one of our favorite stand-alone EFI systems, the Holley Dominator EFI. But unfortunately, the installation of this system was somewhat missing and no matter how good the EFI system is (and the Holley Dominator is absolutely awesome!), it can't make up for some of the mistakes that may be made by the installer. So, common mistake #1:

The most important signal an ECU requires (any ECU, from any type of EFI system) is from the Crankshaft Position Sensor (CKP). To do its job of actuating the ignition coils and fuel injectors, the ECU must know where the crankshaft is in crank-angle space. How can we expect the ECU to deliver a spark advance of oh, say 20 degrees BTDC, if it doesn't know when 20 degrees BTDC occurs? Simple: We can't. We have to make sure the ECU has the exact measure of where the crankshaft is in its 360 degrees of rotation and when the #1 cylinder is at TDC. This works fine for single cylinder engines, or multi-cylinder engines using a distributor or waste-spark ignition system and either throttle-body injection or "batch-fire" multi-port fuel injection. To run a coil-per-plug (or coil-on-plug) ignition system or sequential fuel injection, the ECU needs to determine not only when the #1 cylinder is at TDC, but also whether it's on the intake-stroke or the power-stroke. For this, the ECU relies on a Camshaft Position Sensor (CMP). Both the CKP and CMP sensors detect a profiled timing wheel of some sort. Simple CKP sensors types include a 4X flying-magnet (like you've seen on MSD ignition pick-ups), or a distributor pick-up (usually a magnetic reluctor, but sometimes a Hall-effect sensor or an Optical sensor). You can see an example of this type of sensor in the llustration below. A more accurate type of CKP sensor system uses a profiled timing wheel (also called an encoding