Having programmed the ECU with the Stoich AFR calibration change, the car was tested for proper operation at normal operating temperature in all operating modes (idle, part-throttle cruise, high-speed cruise, and strong, non-WOT acceleration) while monitoring for any anomalies in fueling using HP Tuners VCM Scanner. If there were any issues, clearly they would need to be addressed before moving forward, but we experienced none. Now before we go ahead and just do a WOT pull on the dyno, prudence dictates that we remove some spark timing advance from the WOT portion of the ignition map to prevent stressing the engine. It would be unwise to just do a pull and watch for knock or detonation when you can just remove timing, make a pull and then slowly add spark timing advance until you max out power without encountering any detonation or seeing knock retard in your data log. In this case, Dan pulled between 4-6 degrees of base spark advance in the initial test calibration and then added spark advance back in to achieve the best torque and power output without encountering detonation or knock retard. The previous calibration called for as much as 27 degrees of advance before peak torque, 25 degrees at peak torque and 29 degrees of advance at peak power. The "before" and "after" maps are shown below along with the difference between the two calibrations. The new spark advance maximums were 24, 22 and 26 degrees compared to the same points mentioned above.

You'll notice above that the original racing calibration is shown first, followed by the new calibration with the changed cells in blue (indicating lower values that originally used) and the final difference values shown in red as for that final illustration we simply showed the changes in the calibrations using the new file as our working file and the original race file as the "compare" file. If we did the opposite (swapped the working vs compare files) the changes would be shown in blue indicating lower values. Confused? No? Good. With those changes out of the way, the car was gone over one last time, brought up to operating temperature again (engine coolant, oil, trans temp, diff temp, etc must all be tested at consistent temperatures that reflect the real-world conditions the car will run under) and the final verification tests were performed. With the engine back up to proper power output and then some, the driver can now enjoy the new beast he installed in his road rocket and claim a few more trophies at his leisure. MET​​

tuning for a different race fuel isn't optional - if you want to win! 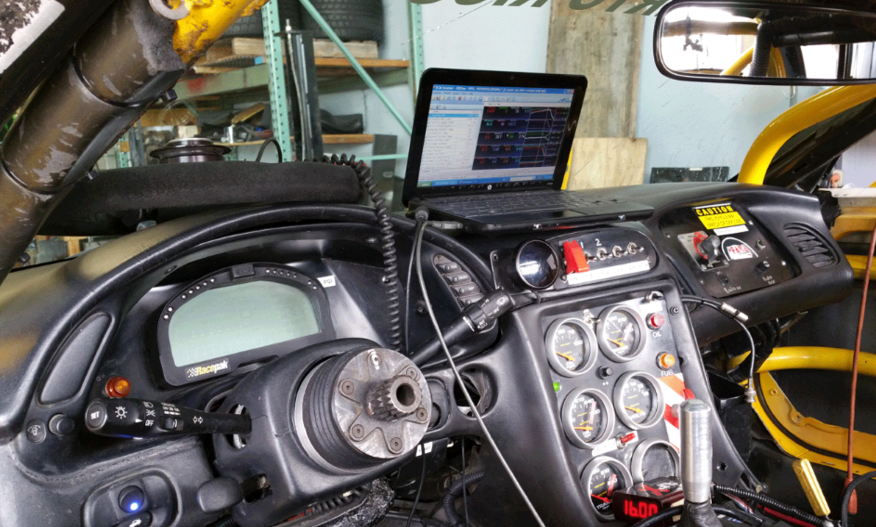