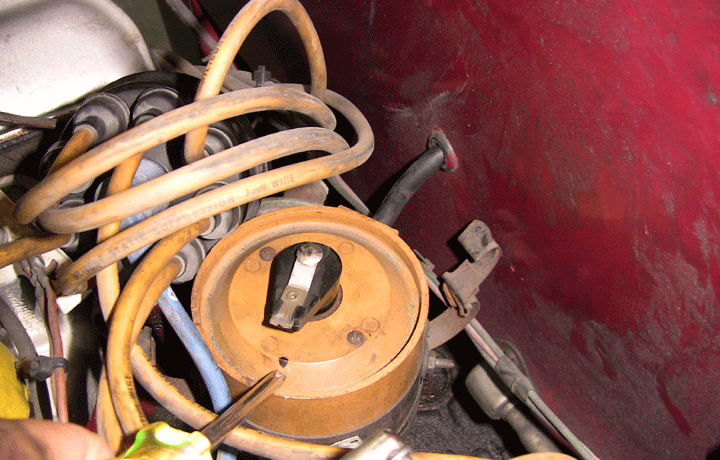 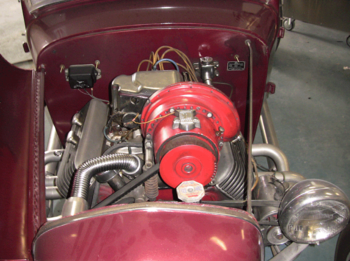 We love hot rods, and this one is something special. What you see here is a genuine, original steel body '32

Ford. This car was last modified in 1960. Yep, 1960. That's no mis-print. This hot rod was typical of the day in that it was dropped by reversing the leaf-spring shackles. The original engine was yanked and in its place went a '49 Olds V8, the original Rocket engine with its newfangled push rod valve arrangement. High tech, back in the day. It also had a nice set of muffled headers and side pipes put on along with the McCulloch supercharger from a 1954 Studebaker Golden Hawk. For those unfamiliar, Robert Paxton McCulloch made centrifugal superchargers for the OE manufacturers like Studebaker and Ford. This particular blower had a novel adjustable drive pulley 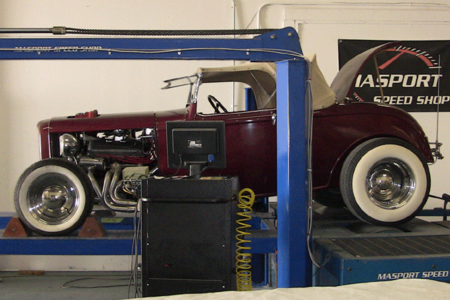 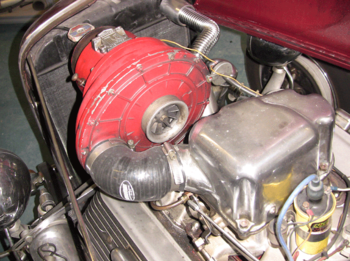 In the photo above you can see the yellow ignition coil with the ballast resister just to the right of it and following the crusty old wires, you're led to the rusty condenser and tired-looking distributor. In the photo below, we removed the distributor cap and market the position of the rotor so that re-alignment of the dizzy was easy when we were ready to re-install it.

Get the most out of your distributor ignition

Next, in the photos below, we removed the rotor, points cover as well as the vacuum and centrifugal advance mechanisms.

It's certainly not capable of moving the mass of air that modern superchargers are capable of, but back in 1960, in a hot rod that barely weighed 2,500 lbs and using the best tires available at the time, the power was a hand-full. As you can see in the photos, this is a blow-through setup that sends air through a Stromberg carburetor in a sealed and polished steel carb box. The ignition system still utilizes the original points/condenser setup from the Olds, but this car has had an Accel ignition coil bolted on to it somewhere between 1960 and today. What we need to do to bring some life back into the little Lean Meanie here is install MSD's 6AL-2 Programmable Ignition. To get started, take a peek at the mess we're looking at:

installed not unlike the modern CVT setups you see on snowmobiles. This allowed the blower to spin up to speed quickly at lower engine speeds without over-boosting the engine at higher engine speeds. This was clever design and worked brilliantly in the day.